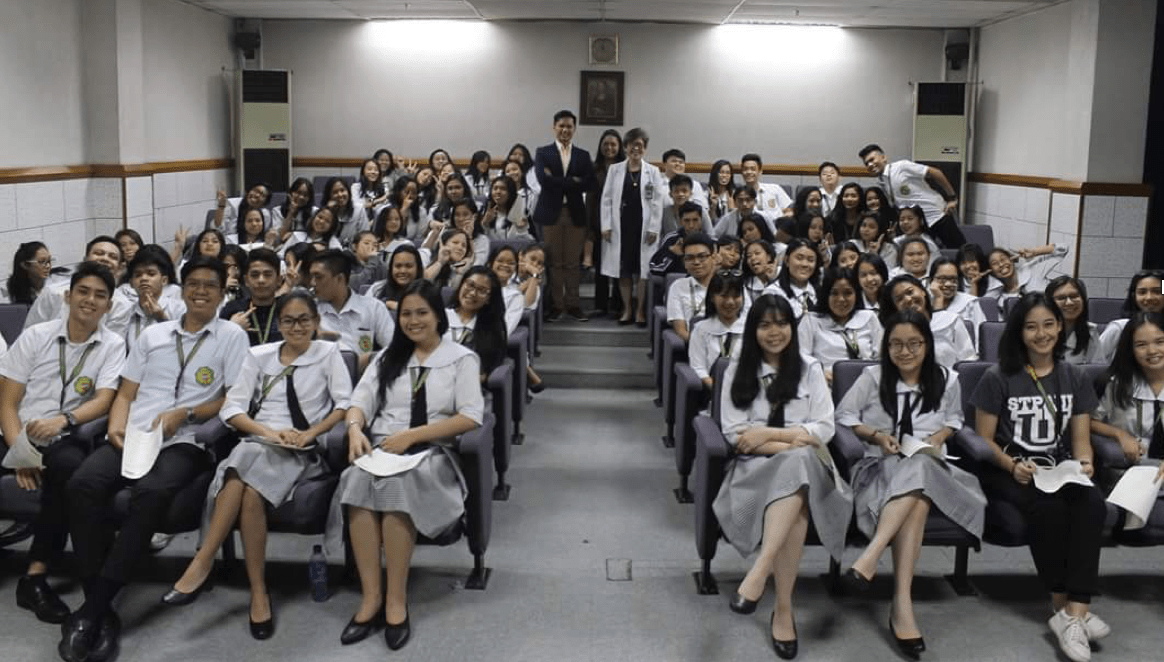 Last January 23, 2018, the Psychology Society held a seminar about the Real News on Depression. The speaker Mr. Kenneth Ross P. Javate, MD, MBA, DSBPP, shared his expertise and knowledge about the reality of depression in this generation. Depression is a common and serious mental illness that affects how a person feels, thinks and acts

Dr. Javate discussed the different misconceptions surrounding depression and its implications and danger to those who do not know or lack information about this mental illness. He also shared different approaches and treatments used to be able to help people suffering from depression. The participants in this seminar were the Grade 11 students coming from different strands.  They were able to gain knowledge, share and exchange with the group what they know about depression and to reject the misconceptions of this mental illness.

Overall, the seminar would help them understand the real information about depression and how it affects all the people.  Additionally, it has been helpful as it gives a deeper knowledge about what it is and how can a person help other people suffering from clinical depression. 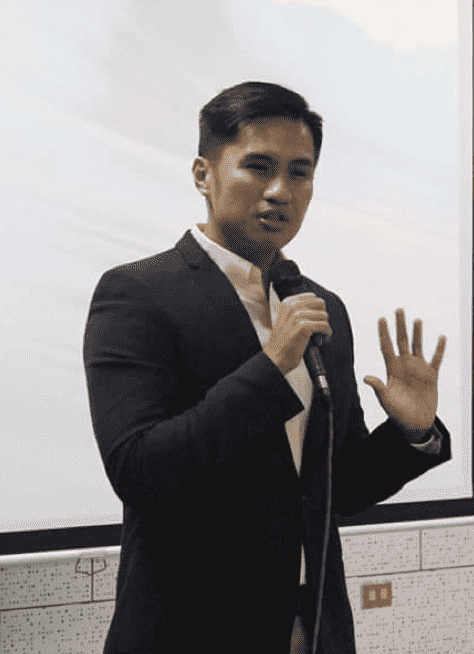 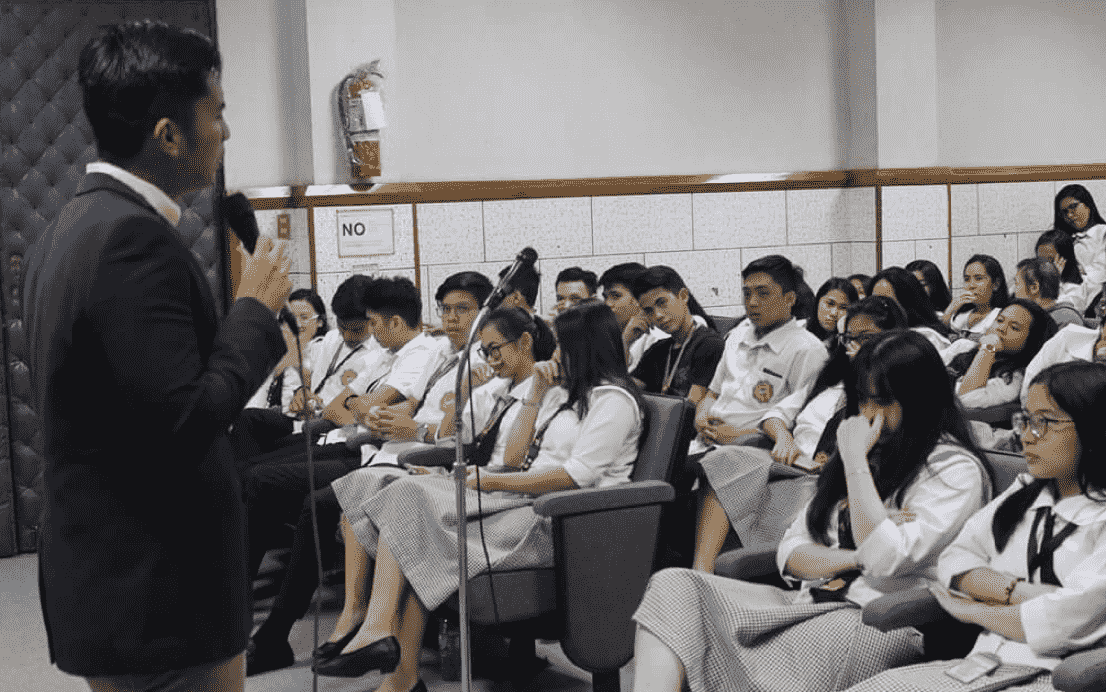 The Psychological Association of the Philippines – Junior Affiliates hosts its 31st convention on January 26-27, 2018 at SMX Convention Center, Mall of Asia and De La Salle University, with the theme “Philippine Psychology in Challenging Times.”

The convention consisted of talks by professionals, announcement of outstanding researches, and activities such as the Inter-School Psychology Quiz Bee, Transcendance Dance Competition, Psyclips Video-Making, and a T-shirt Design Competition. 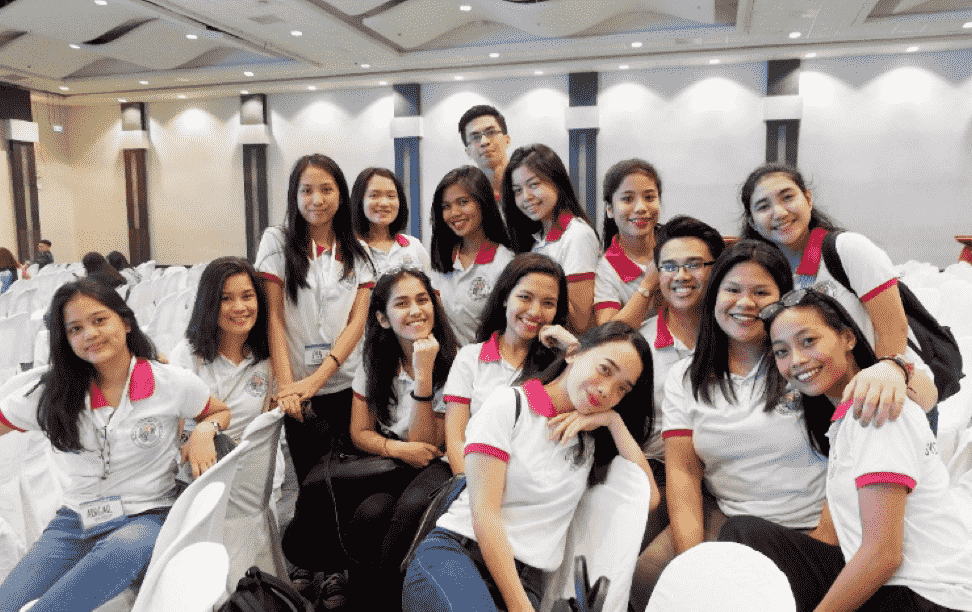 Attendees had the chance to pick a workshop of their choice usually lasting half a day.

A few of the highlights besides the competitions were the plenary sessions, one of which was entitled “Organizing the Youth for Community Mental Health” by Raymond John Naguit, MD.

He talked about the importance of a community when it comes to mental health, and the possible things that any person could do, professional or not, to improve the support system of the community in psychology.

There was another plenary session entitled “Duyog: Attuning to the Rhythm of Filipino Resilience” by Rogelio P. Lelis, Jr. and Michael Jess M. Lapid, which said humans are wired to follow a rhythmic pattern, and discussed the resiliency of Filipinos as something to be understood. The first day concluded with the awarding of winners of the competitions.

Something that had been much awaited was the second day where the host venue De La Salle University holds numerous workshops covering a wide range of interests within the field of psychology.

Cognoscere Awards Given to Psychology Researchers 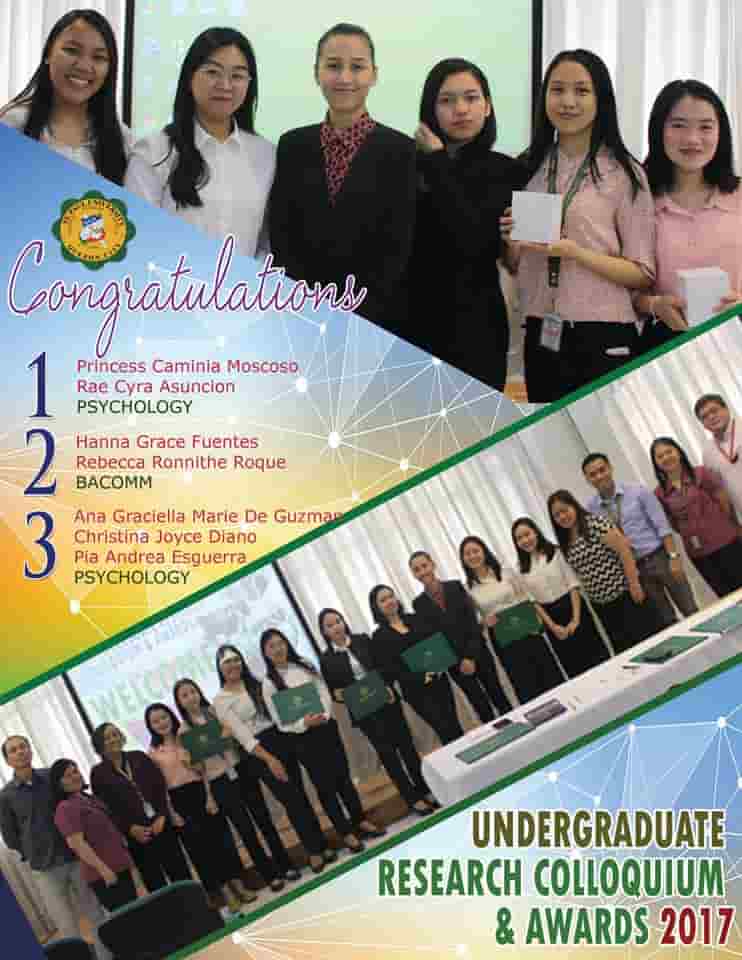 This year’s Cognoscere Student Research Award was given to two Bachelor of Science in Psychology researchers, Princess Carmina Moscoso and Cyra Mae Asuncion.  They were adjudged as best student researchers by a panel of adjudicators last April 17 at Sampaguita Hall.

The winning research is entitled, “Separation and Social Support as Predictors of Emotional and Social Adjustment of Cadets in a Maritime Academy.”

In the second place were Hanna Grace Fuentes and Rebecca Ronnithe Roque of the AB Communications  department for their research entitled, “Ugat ng Pamagat: A Critical Discourse Analysis of Selected Film Titles from the Period 1959 as-1990’s.”

The third place was given to Ana Graciela Marie de Guzman, Christina Joyce Diano, and Pia Andrea Esguerra of the BS Psychology department for their research entitled, “The Effect of Expectation in Relationship Satisfaction of Early Adults.” 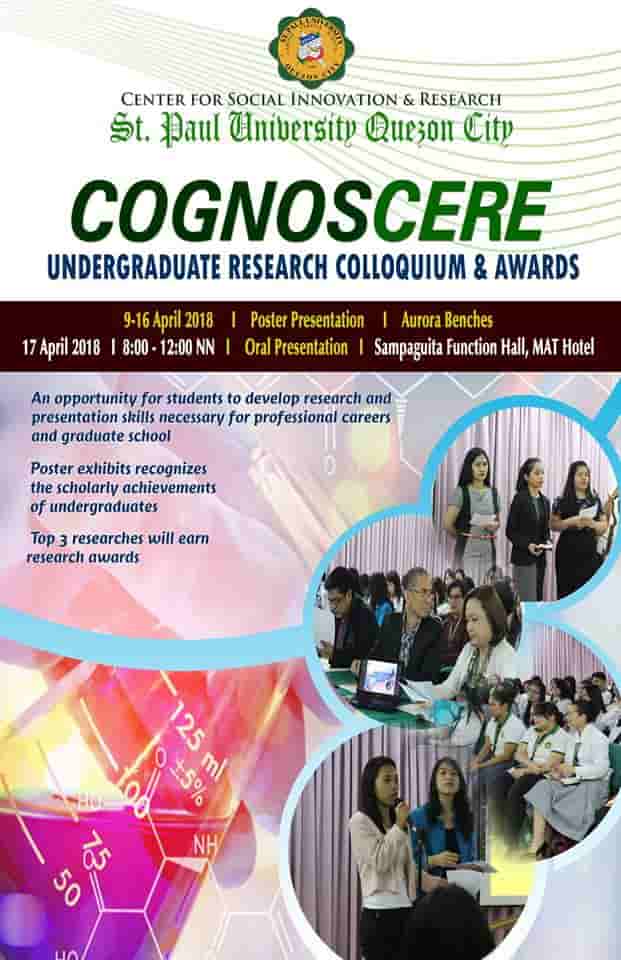 The Cognoscere* Student Research Award is given annually by the Center for Social Innovations and Research to graduating students who garnered 11 or 12 balls rating in the final defense of their thesis, and who have successfully passed the poster and student research colloquium judging.

The award is given to recognize students who showed outstanding research and writing skills and excellence in thesis defense, and to encourage other students to do the same.

This is consistent with the University’s goal of establishing a culture of quality research in the institution.

*Cognoscere is a Latin term which means to know or to learn.