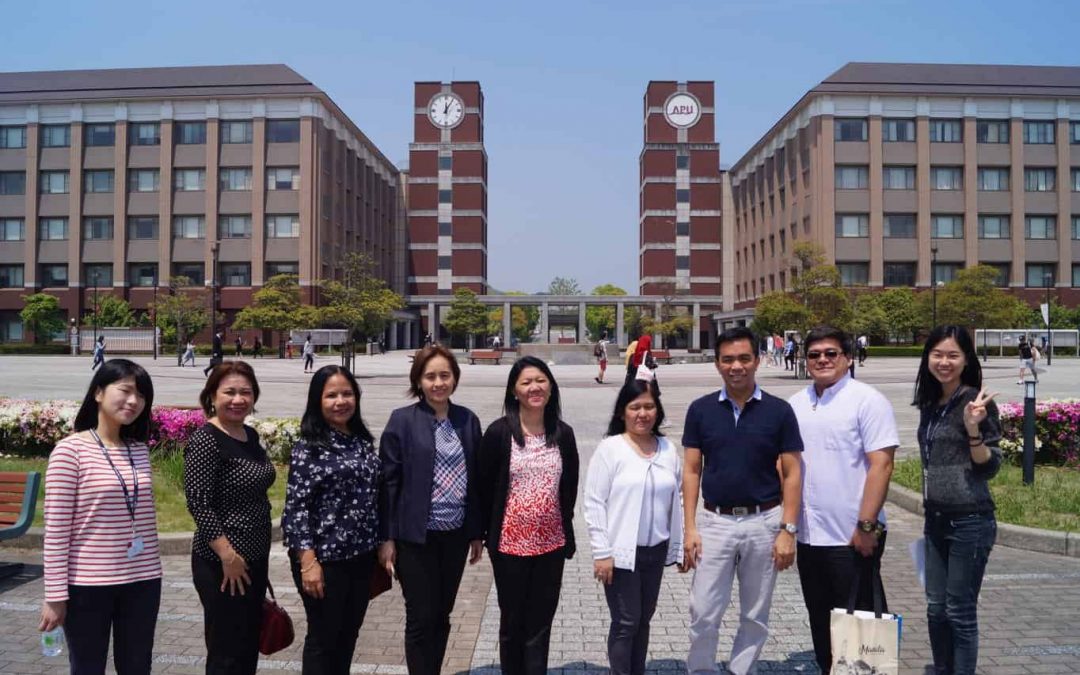 The last week of March is considered to be one of the best seasons to be in Japan because this is the time of the year when the national flower, sakura or cherry blossoms, is in full bloom.

The President of St. Paul University Quezon City, Sr. Ma. Nilda Masirag, SPC, the Vice President for Academics, Sr. Helen Malubay, SPC, and the Quality Assurance Officer, Mrs. Cristina Price were fortunate to witness the blooming of the famous flower when they attended the Annual Conference of the Association of Southeast Asian Institutions for Higher Learning (ASAIHL) on March 26-28, 2018 at Soka University in Tokyo, Japan.

To maximize their stay in Tokyo, the SPUQC delegates conducted benchmarking activities and visited universities for possible establishment of linkage and development of an exchange program.

With the assistance of Ms. Hiroko Sasaki of Shirayuri University, meetings with the top officials of the following universities were conducted from March 22-23:

During the meeting, Sr. Nilda discussed the possibility of initiating an exchange program with the said universities in Japan.  In return, the respective university officials hinted that at least three meetings with them would provide a mutual relationship between their institutions and SPUQC. 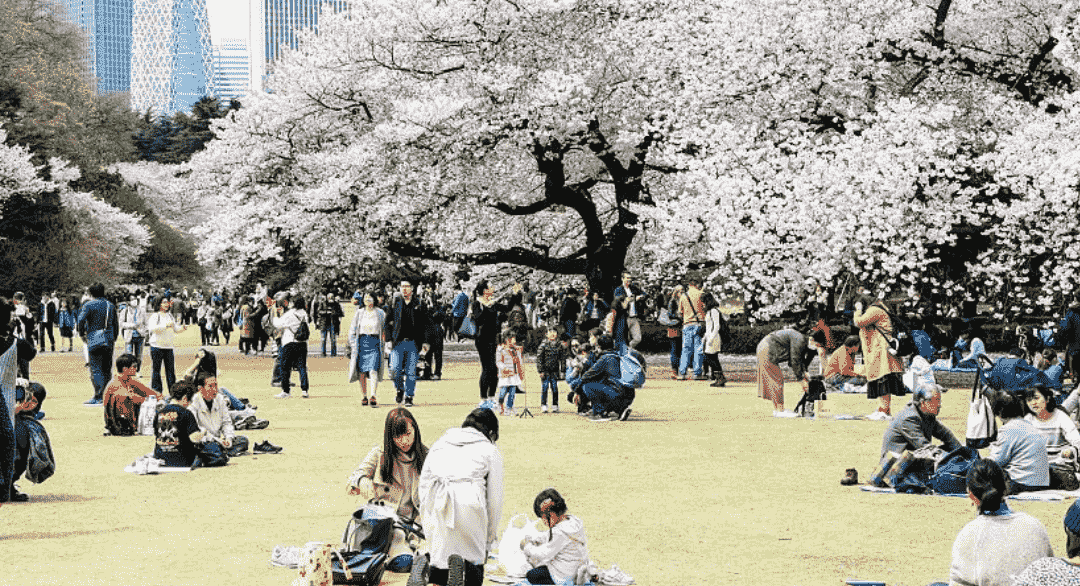 SPUQC officials found themselves enjoying the view commonly seen in Japan during the Sakura season (Photo courtesy by Japan Guide)
During the weekend, side trips which include a city tour and a trip to Mt. Fuji and Hakone kept the SPUQC team busy.

On March 25, the team left Kudan and proceeded to Hachioji for the 3-day ASAIHL conference. In the said conference, delegates showcased the different researches done by member-institutions. It particularly highlighted the various efforts exerted by the universities in Japan to foster internationalization of Japan’s education to encourage and deepen interactions and partnerships with the world’s top universities, reforming personnel and educational systems to help students develop the ability to act globally and accelerating other globalization initiatives. 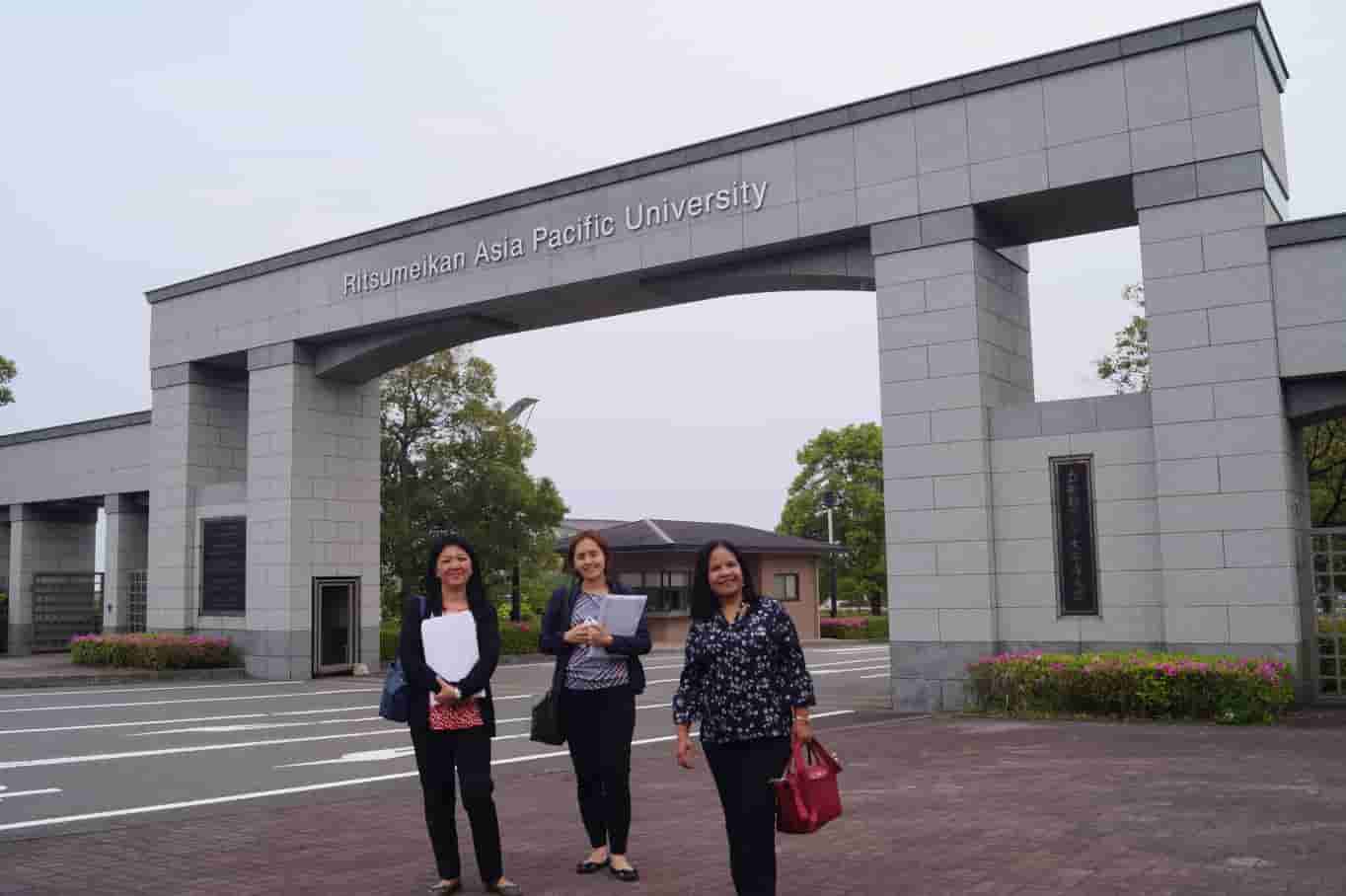 Seven faculty members from the College of Arts, Sciences and Education, in another benchmarking tour, visited Ritsumeikan Asia Pacific University (APU) last April 28 to May 6.

APU is considered as Japan’s first genuinely international university. As of 2017, 91.2 percent of the school’s population are international students. This is already considered big since it is a private institution which has just been established in April, 2000.

In the categories of International Faculty (percentage of faculty from outside the country) and International Students (ratio of international to domestic students), APU received a full 100 points out of 100 possible.

APU has two colleges: College of Asia Pacific Studies and College of International Management, whereby students can take courses from both colleges, regardless of their majors. They also have Center for Language Education, and Education Development and Learning Support Center. They also have specialized post-graduate programs.

APU has state-of-the-art facilities especially their library. They have learning commons where students can ask for assistance from senior students for tutorial. They also have other services such as a writing center and meeting spaces for collaborative work. 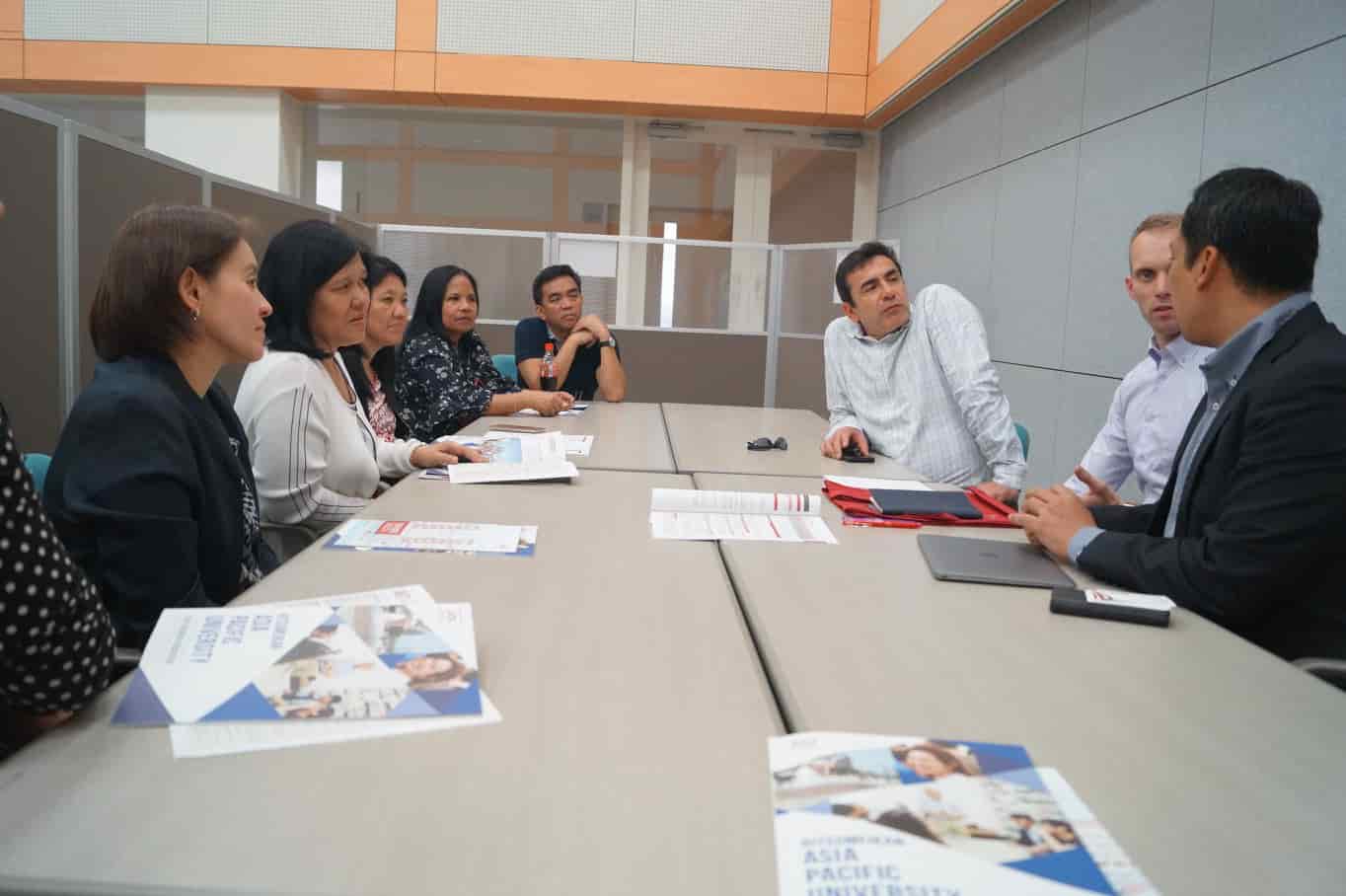 Though the priority is on academics, due to the high number of international students, they have regular country cultural weeks, which help students learn more about other cultures. They also have over 100 student organizations. 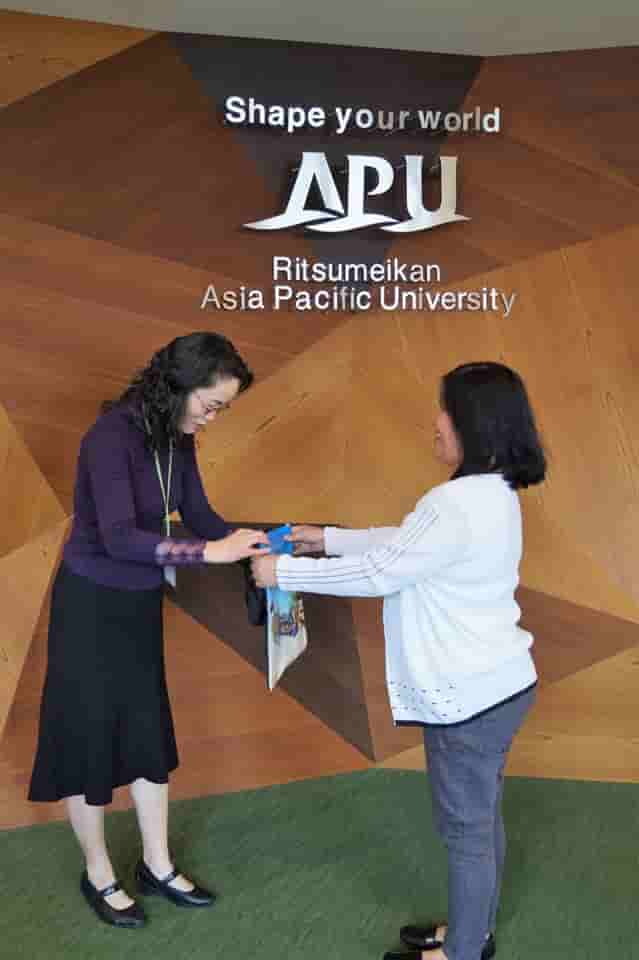 Their campus is conducive for multi-cultural exploration and learning. This is also applied in their dormitories in which students in each room are paired with someone who belong to a different nationality.
This can encourage daily interaction with peers who belong to different cultures, speaking different languages and having different values.

The visit challenged the faculty members to enhance their research capabilities in order to engage in research collaboration with APU professors.

APU has state-of-the-art facilities especially their library. They have learning commons where students can ask for assistance from senior students for tutorial. They also have other services such as a writing center and meeting spaces for collaborative work.

A Return of Favors:  SPUQC Welcomed Japanese Friends and Organized a Historical Tour

As a gesture of Filipino hospitality, Mrs. Cristina Price, the Quality Assurance Officer of SPUQC, together with the representatives of C & E Publishing, Ms. Charmaine Carlos and Ms. Wilma Villanueva, brought the SPUQC visitors from Japan to Las Casas Filipinas de Acuzar in Bagac, Bataan on May 19, 2018. 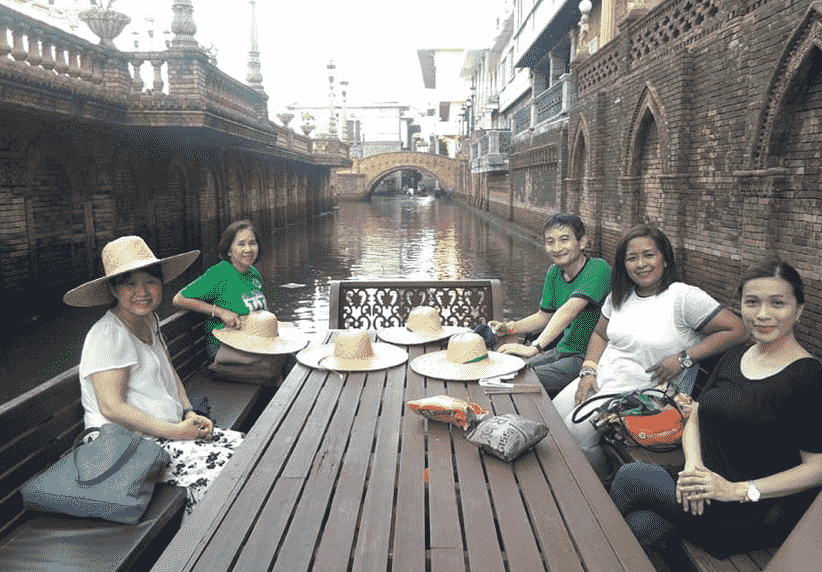 Ms. Sasaki and Mr. Ichikawa have already visited the Philippines before that they have already seen some of the famous places in Metro Manila. Their tour to the different historical houses in Las Casas Filipinas de Acuzar gave them a more meaningful view and understanding of the Filipino culture. They were amazed by the interesting stories behind each house.

During the tour, a glimpse of the Old Manila fascinated the curiosity of Ms. Sasaki and Mr. Ichikawa.  Their palettes were satisfied by the different Filipino dishes that were served during the meals.

The driver- tourist guide during the boat ride and calesa ride brought everyone to a smooth reminiscing of the glorious past of Philippine history. 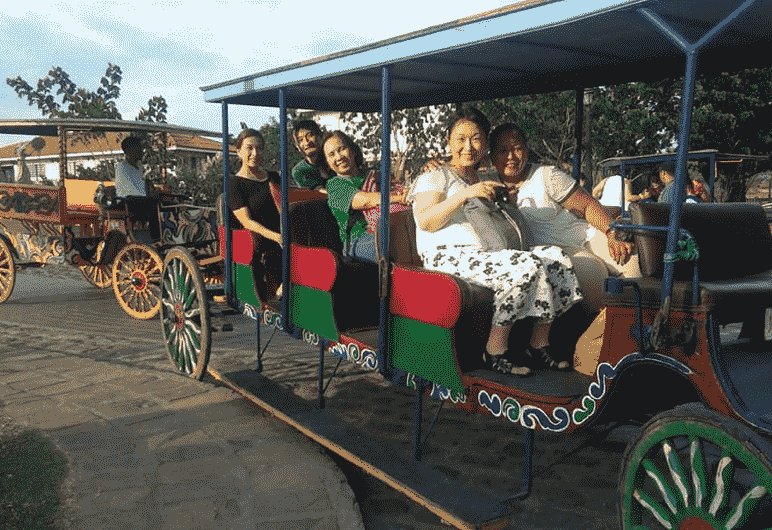 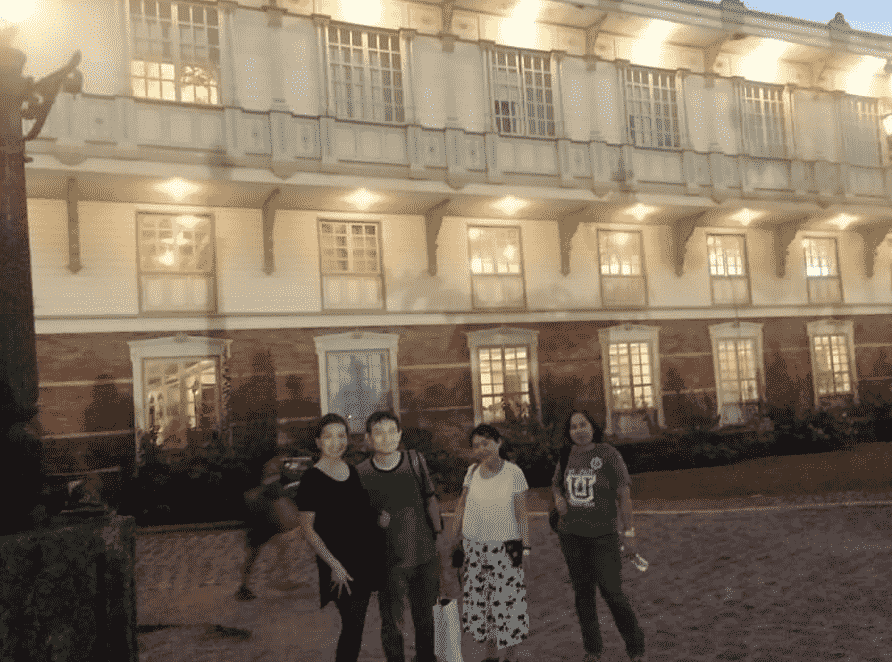 To cap the day tour, a cultural show featuring the Philippines’ famous dances delighted all the guests of Las Casas Filipinas de Acuzar.