St Paul University Quezon City (SPUQC) is one of the thirty-nine schools operating under the management of the Sisters of St Paul of Chartres (SPC) in the Philippines.  SPUQC, formerly known as St. Paul College Quezon City, is a member of  the  St Paul University System. 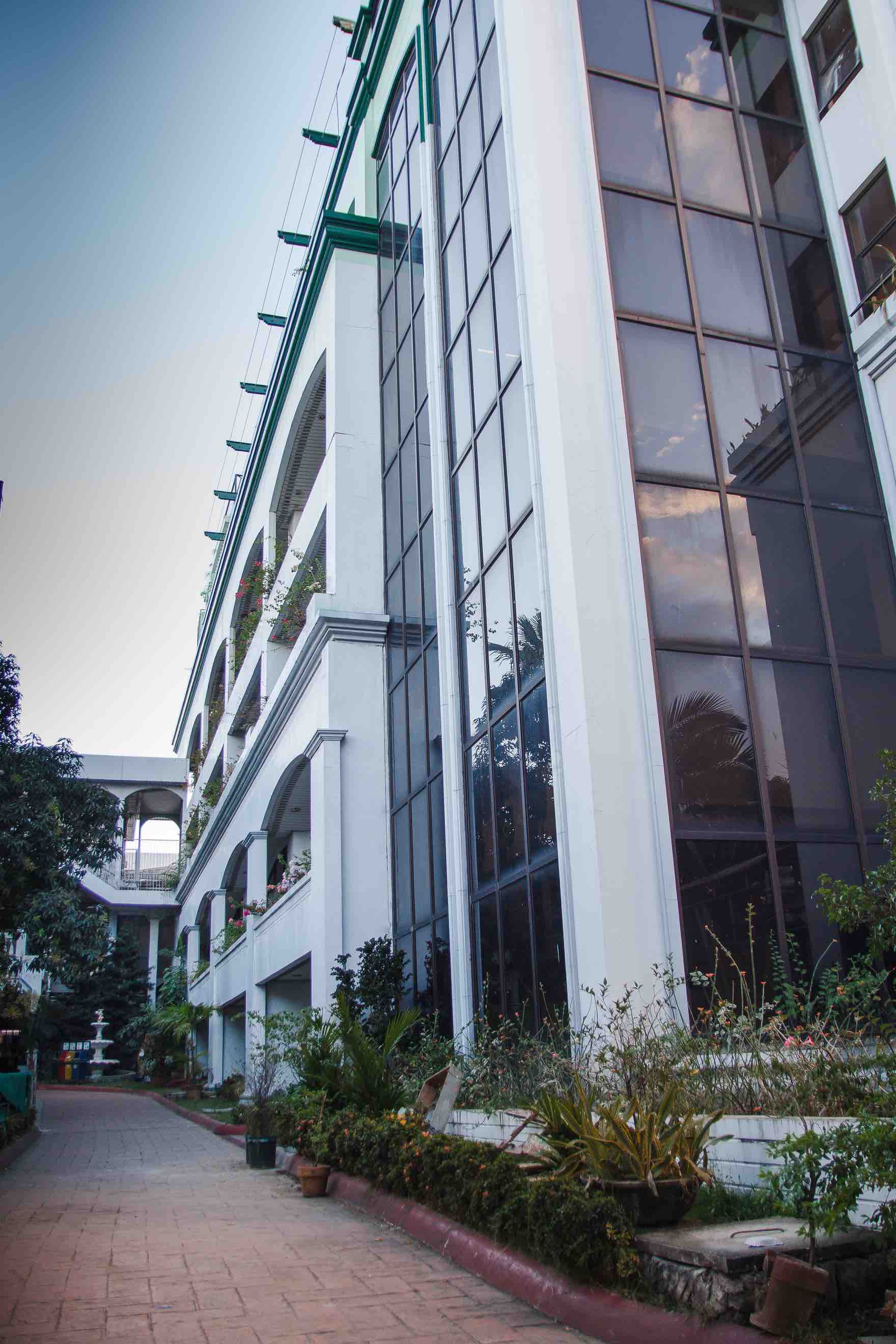 Where It All Began

A number of urban upgrading have taken place within the last three decades.  St. Paul University Quezon City is now surrounded not just by townhouses and condominiums but by Robinson’s Magnolia and computer retail stores. The LRT is just infront of the campus and the ubiquitous jeepneys make SPUQC accessible to students coming from nearby residences in the east of Metro Manila.

Hence, it is small wonder enrollment in the college level has increased significantly and has comprised more than 70% of the whole student population over time.

The initiatives of the university in several periods of its history have focused on product and process improvements that comprised of offering new courses, new programs and accreditation of degree programs.

Mid-1950’s   Phase-out of boys’ section in the Grade School department happened.  This is the time when SPCQC became an exclusive school for girls.

June 2005   The Grade School department was re-opened for boys and girls.

2009 to Present (2018) Level I accreditation in the Grade School department by PAASCU and PACUCOA.

May 1947   A permit to open the High School department was obtained.

2009 to Present   Level II accreditation in the High School department from PAASCU and PACUCOA.

July 1966   The College department, with Bachelor of Arts (AB) program and Diploma in Secretarial Science (DSS), was opened upon the request of the parents of the high school graduates. 1967 onwards  More programs were offered in the College department.

December 2001  CHED granted Autonomous Status. Graduate programs in Psychology and Business Administration were offered by virtue of the institution’s autonomous status. March 9, 2003  Awarding of ISO 9001:2000 Certificate by TUV Rheinland Philippines Ltd. February 9, 2004  CHED recognized SPCQC’s high standards and made it into a university. Thus, the new name: St Paul University Quezon City. June 2006  The College department opened its doors to male students. October 2009  Four new programs in the college department underwent accreditation with the Philippine Association of Colleges and Universities Commission on Accreditation (PACUCOA). May 2017  CHED granted again Autonomous Status which is valid until May 2019. February 2018  SPUQC was awarded with ISO 9001:2015 Certificate by TUV Rheinland after a two-day re-certification audit with upgrade. The scope of the audit is focused on the ‘Design, Development and Implementation of Academic and Non-academic Services within the University’.  The certificate is valid from April 1, 2018 until March 31, 2021. 2018  SPUQC now enjoys Level III accreditation from PAASCU and PACUCOA in most of its college programs.

St Paul University, a Christ-centered educational institution committed to forming individuals into becoming integrated and compassionate in the service of the Church and society.

We commit ourselves to:

1. Zealously proclaim Jesus Christ as the Good News to all;

3. Proactively respond to the challenges, needs, and demands of a changing environment in collaboration with our strategic partner for complementation and resource sharing;

4. Resolutely build communities of disciples within the ministry for authentic witnessing;

5. Purposively manage resources in a spirit of Christian stewardship and good governance for sustainability and viability. 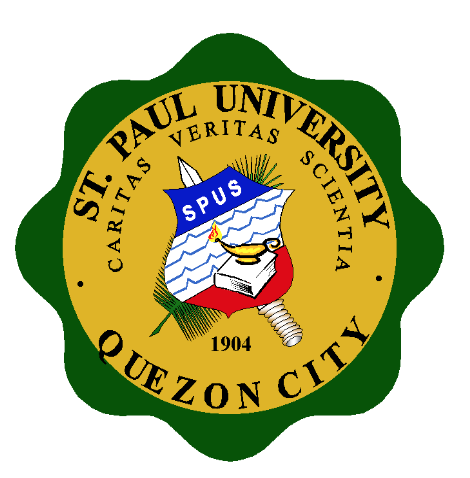 The colors of the logo are GREEN and GOLD:

Green  is for the hope that springs eternal, for the fields white for the harvest and for laborers of the harvest, commissioned as we all are by our baptismal anointing.

Gold is for the honor and glory of God, the well-spring of the saving love of Christ, which should be the stimulus and the goal of all that we think, say and do.

Together, they remind us of the summary of the Law:  Love of God and love of neighbor perfected by our Lord in “Love one another as I love you” (John 15:12)

The Paulinian education, then as now,  is outstanding.  It exemplified a holistic education and transformed individuals into a dynamic community of Christ-centered, integrated, competent, responsible and compassionate advocates of social transformation in the service of the Church and society.

SPUQC’s collaborative effort for the effective and efficient delivery of services has been recognized.  Accreditation status on different levels have been granted until the years indicated below.

autonomous status granted by ched up to this year 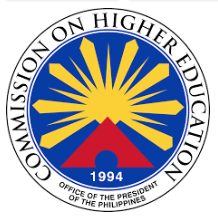 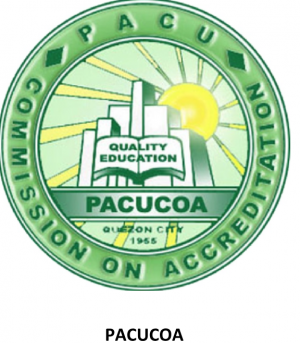 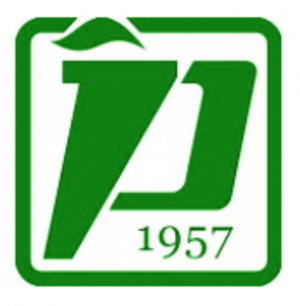 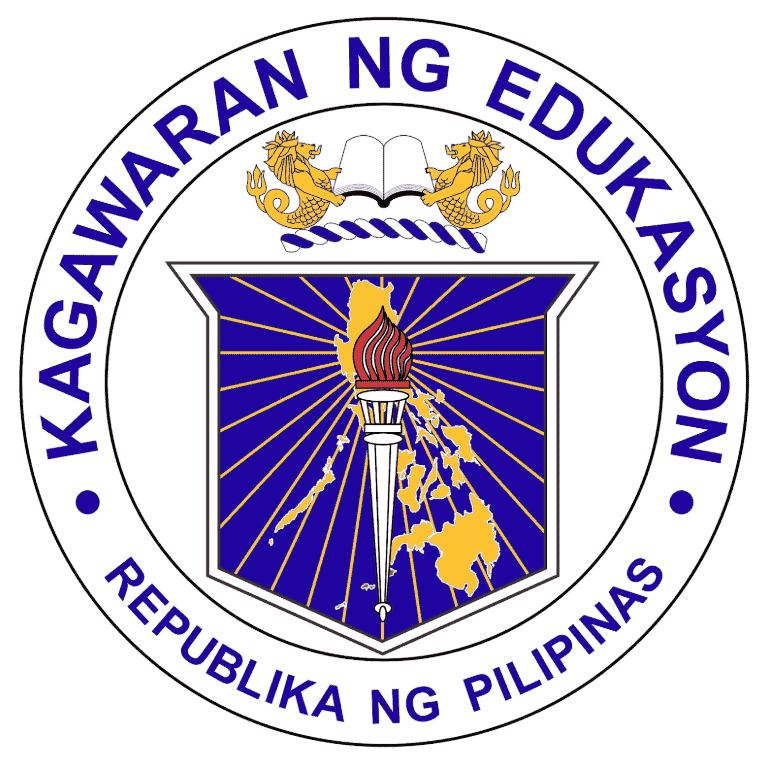 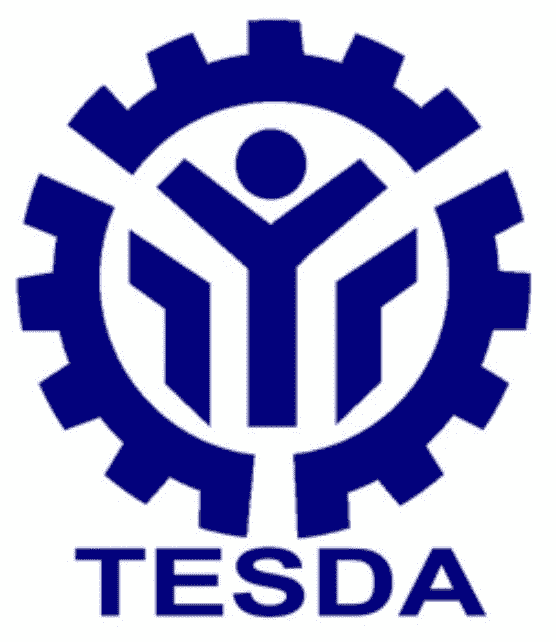 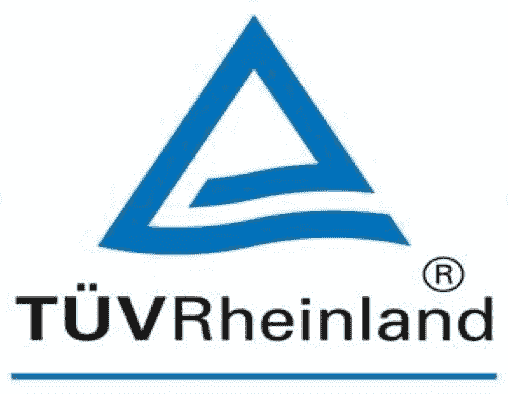 All students up to the faculty and Deans of every program collaborate to conduct researches within the institution. These can be tracer studies, focus group discussions, theses and dissertations to constantly find ways to improve our programs.

The Paulinian motto, Caritas Christi Urget Nos (the charity of Christ impels us) fired the zeal of countless Paulinian Sisters to cross the vast waters and to establish St. Paul educational institutions all over the world.

Each one holds worthy and essential the five values that characterize the heart and spirit of St Paul, its patron:  Christ-centeredness, commitment to mission, community-orientedness, charism, and charity.

Our college programs and graduate studies have offer new specializations that respond to the great demands of industries.  Topnotch curriculum and linkages give our students a competitive edge in various fields of specializations.


While tremendous changes have taken place, one very important factor has remained constant:  the Paulinian is always warm, active and simple.

What our Alumni are Saying

“I learned to become warm and simple”

“Adapting to people and environment will always be part of my Paulinian upbringing.  It developed a charism of warmth and simplicity in me that I adapted easily at work. 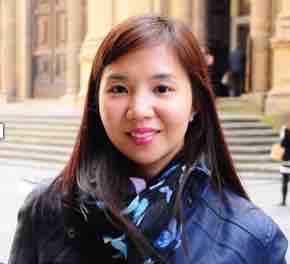 “Through my alma mater, I became a well-rounded person, capable of doing multi-tasking responsibilities and delivering outputs in the most excellent way possible. 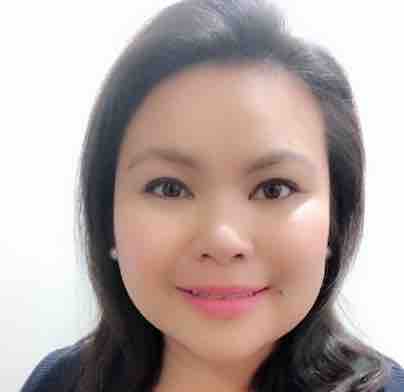 “Academically, SPCQC prepared me for the big university which later played a big part in my having confidence, attitude, resilience, social awareness, empathy and faith in God.” 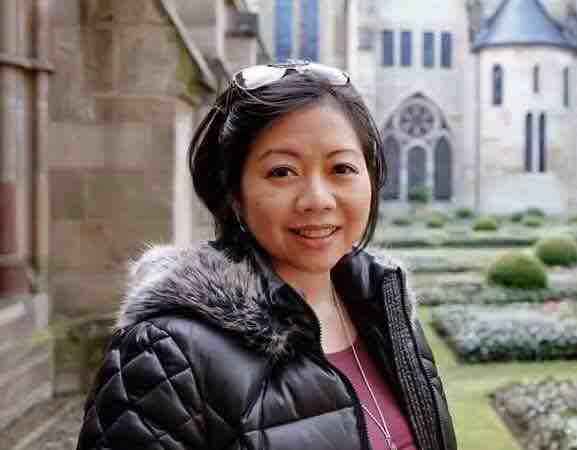 “My stay in SPUQC is truly irreplaceable”

“My time in this university was full of ups and downs yet I left with a heart full of passion and wisdom that I will forever bring with me.  SPUQC became a safe haven for me;  a haven in which I could freely make mistakes and learn from them. “ 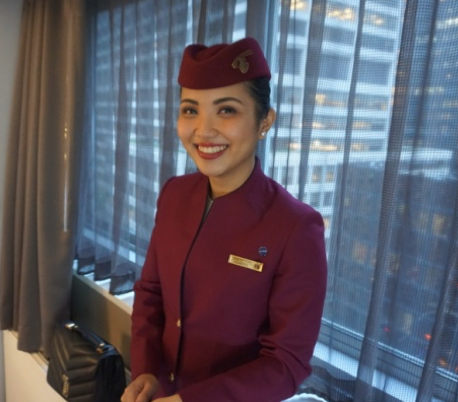 Drop Us a Line

Don’t be shy. Let us know if you have any questions!